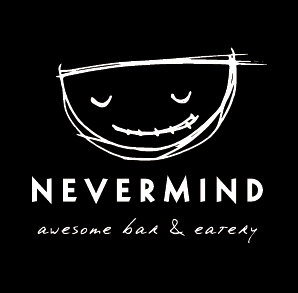 To all of Shannon’s friends and loyal Nevermind supporters:

Shannon’s mother and brothers have created a venue for everyone to participate in honoring him and support one of his greatest loves in life.

As many of you know, Shannon was a passionate baseball fan. He loved his hometown of Cape Coral and he was extremely proud to be an alum of the Cape Coral High School Seahawk Baseball Team.

It was Shannon’s, as well as his family’s, wish to create a legacy and support his alma mater. Therefore, Ginny, Scott and Shawn Yates have created and endorsed the Shannon Yates Memorial Seahawk Baseball Fund.

The family will be collecting donations in Shannon’s name from now until December 15th. The funds collected will be provided to the Cape Coral High School Seahawks Baseball Team to benefit the youth of Cape Coral…playing the sport he loved, in the city he called home. A permanent memorial will also be placed at the school’s baseball field, honoring their legendary former player.

The family is excited to kick off this project and honor Shannon by contributing to the recipient of his choice, the Seahawk Baseball Team.

Below are FAQs about the fundraiser:

How do I donate?

Cash donations as well as checks will be collected at Nevermind from now until December 19, 2021. Checks should be made out to “Cape Coral Police Athletic League” and can be dropped off at Nevermind.

Online donations can be made by going to www.capecops.com/pal, look for the “donate” button on the page.

Why are checks made out to Cape Coral PAL?

Police Chief Anthony Sizemore, a dear friend of Shannon’s, has made available the Cape Coral Police Athletic League’s 501c3 nonprofit account to serve as a recipient for donations during the time window.

Shannon was a board member on the PAL Board of Directors and by utilizing this charity as a conduit, the family can bypass the burdensome process of registering a corporation, tax filing, etc.

Because Cape Coral PAL is already an established 501c3 nonprofit organization, the event can kick off immediately and donations may be tax deductible.

What happens after December 15th?

All the donated funds will be presented to the Seahawks Baseball Team to help our city’s youth, as per Shannon’s wishes. Design and planning for a permanent memorial to Shannon at the school’s baseball field will commence. The baseball season begins in January and the team will receive the donation prior to the first pitch of the season. This generous campaign will ensure that the team has funding this year and beyond.

What happens next year?

Should you choose to make this an annual tradition, giving to the team in Shannon’s name…the fund will transition to the Cape Coral High School Athletics Department and donations may be made to their organization.

The family is overwhelmed by the outpouring of love and support during this difficult time. They are honored that many have reached out about starting a “GoFundMe” drive or other form of fundraiser…however they are not inclined to participate in these endeavors. Rather, they really want to honor their son and brother with what HE wanted, by continuing his legacy of support for his love, the Seahawks Baseball program.